The following will consist of shameless self promotion.

I wrote a book recently. I isolated myself in a small little cabin on the north edge of a lake in Upper Valley Vermont, and I wrote a book that I have thought about for years, always felt was an important topic, and believe is a story about America that needed to be told. 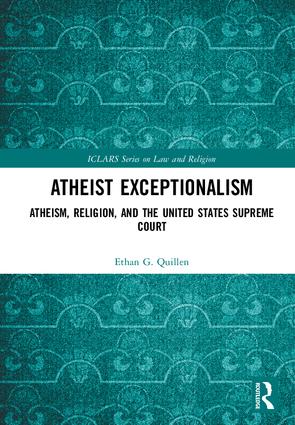 In these stories there are remarkable characters, both men and women who faced remarkable challenges, who were isolated and outcast, not just for their religious beliefs, but because they were seen as enemies of the norm. And in their own ways they changed history. They ensured no child would feel that same isolation through forced religious education or prayer, that no American would be required to swear they believed in a particular deity in order to work for their country, and that no American would need to do the same if their personal morals restricted them from taking human life. Additionally, they challenged a number of the erroneous assumptions held by many Americans, such as the idea that ceremonial references to ‘God’ as part of patriotic rituals, like the Pledge of Allegiance, have somehow become secular by rote repetition. Or that there is no harm in the Federal Government offering financial assistance to Faith-Based Social Programs, regardless of the reality that those aren’t always founded on Christian, or even equitable, beliefs. Or that benign prayers, regardless of their content, somehow don’t tell those attending official government meetings that, unless they agree, they are not welcome as equal members.

In these ways, then, these stories also tell the larger story of the complexity that is religion in America. Of the differences and difficulties inherent in ensuring religious freedom in a religiously diverse environment. And of the constant struggle against politicians, teachers, judges, and any other person in a role of power or leadership, who might feel that the rest of the world needs to agree with what they believe, simply because they have the arrogance, or perhaps the lack of empathy, to accept that the world itself is not as they think it is, nor is as small as they would like.

So why had no one written about this before? I don’t really know. Whenever I would tell people about the book these last two years they’d get excited. Both Christians and Atheists, and everything in between, thought it was such an interesting topic. They’d ask questions like: are Atheists guaranteed the same First Amendment religious rights as other, religious Americans? Or: sure, while Atheists might be able to argue that they have been forced to practice someone else’s religion in a manner that violates the Constitution’s religious disestablishment clause, how might an Atheist fight for the right of his or her free exercise?

How do Atheists practice their Atheism? Is Atheism a religion? And if it is, how does that change any and all definitions of religion? Especially in America?

With this book I tried to address these questions.

So here I am with my shameless self-promotion (it’s an academic book, after all, so we need to do that from time to time). This book is the first of its kind. The first of its size dealing with this exceptional topic.

And while I know people always say things like ‘I’m real proud of this,’ etc., in this instance that’s definitely true. I love this book, and the story it tells, and I loved writing it. I had an amazing experience working with the copy editor, and helping collate the whole thing, and editing the index and case lists. It was more fun than it perhaps should have been. And it was, in many ways, a dream come true. I’ve always wanted to be a writer, and I guess now I am.

Hopefully people will read it and share it and make use of it for the reasons we write these things. And love it the way I do.

Now on to the next one.

The image I used here is the one I had wished to use for the cover, but we weren’t able to.

As well, just in case, here are links to both Routledge’s description of the book as well Amazon’s: