In an attempt to avoid the rain the other day, I ducked into the Scottish National Gallery here in Edinburgh.  It’s a rather lovely gallery, neither too large, nor too small, with some rather impressive pieces.  Two of my favourites are “The Man of Sorrows” (1860) and “David in the Wilderness” (1860), both by the Victorian painter, William Dyce.

I enjoy these paintings because they represent a change of setting, a perspective of the artist that contradicts the ‘historical record,’ wherein his subjects (Jesus and David) have migrated from the realm of the Biblical Holy Land to Dyce’s own: the Scottish Highlands.  I especially enjoy what these paintings tell us about an artist’s perception, about how a narrative might be adopted and amended to suit one’s own context.  Or rather, how as a Christian, Dyce has placed these individuals into his own geographical context, shifting them out of legend and into something more attainable.  He has, in essence, made his religion ‘Scottish.’  To me, this seems aptly similar to the way in which religious beliefs shift and translate, how they become nationalised and tied in with the civil religion of a central location, their discourses homogenised into something entirely new. 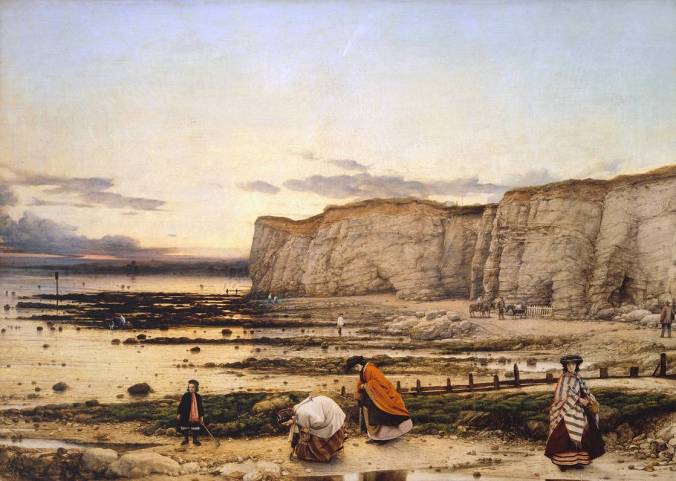 Renowned for its association with the genre of ‘Atheist Aesthetics,’ “Pegwell Bay” depicts a discursive shift, a narrative ‘sea change’ wherein the once predominate use of ‘religious’ imagery has been replaced with that of science.  Here, families gather shells and fossils on the low-tide shore as Donati’s Comet soars overhead.  A site frequented by novice and professional fossil hunters, as well as notable theorists like Darwin, Dyce’s use of Pegwell Bay as a setting allows the image to speak on his behalf, revealing a discursive commentary about the ebbing tide of religious belief and the reality of a more science-minded perspective on life, the universe, and everything.

In his Faith and Its Critics, David Fergusson contends that this painting depicts a type of ‘wistful’ and ‘nostalgic’ Atheism, a longing for days gone by, which matches in tone the basis of certain theoretical definitions of Atheism by scholars such as Hyman and Buckley: ‘Modern Atheism’ (that which arose out of and within the Enlightenment) appears as a ‘re-emergence’ of the classical ‘rational-naturalism’ that defines our notion of ‘Ancient Atheism.’  Likewise, this is an Atheist discourse that is equally expressed in textual examples, such as Thomas Hardy’s “God’s Funeral,” or Matthew Arnold’s “Dover Beach.”  The latter even evokes a sense of tidal retreat, a poetic mimicry of “Pegwell Bay” via signifying terms like the ‘long withdrawing roar’ of the ‘sea of faith:’

The Sea of Faith
Was once, too, at the full, and round earth’s shore
Lay like the folds of a bright girdle furled.
But now I only hear
Its melancholy, long, withdrawing roar,
Retreating, to the breath
Of the night-wind, down the vast edges drear
And naked shingles of the world.
(Matthew Arnold, “Dover Beach.”)

While this is all very interesting, and is definitely worth a bit more discussion, my point with this post is actually about something else entirely, inspired by a humorous exchange that I witnessed in the ‘Impressionist’ room of the Scottish National Gallery.

I was enjoying one of Monet’s ‘Haystacks,’ standing off to the side, and a ways back.  Two gentlemen, perhaps in their late fifties or early sixties, approached the painting.  The one on the right, the taller of the two, drew his companion’s attention to the canvas.

“See this brushstroke here,” he said, “that’s indicative of the impressionist’s style, that heavy use of paint, and the way he dragged it up, and to the left.”

“Yeah, I see that,” his companion replied, a slight hint of angst in his voice.

“He had a remarkable eye for colour, and for distinguishing simple tones within the palette, most notably for his use of blue.  You should see his ‘Nymphéas’ at L’Orangerie, in Paris,” the first man said, his voice adopting a velveteen accent.

The companion smirked slightly, then responded, as if pulling a sandwich out of his pocket and presenting it as evidence:

The expert is an odd character, mostly because he or she can appear anywhere.  We are all experts at one thing or another, from the utmost banal and prosaic to the select and specific.  Likewise, the expert might not only appear in the most unexpected times and places, but from the oddest of origins.

One of the great myths of the PhD is that achieving one will make you an expert.  Even I fell into this trap years ago when I stated I wanted to be ‘a world’s expert’ on Atheism and Ian McEwan.  In retrospect, I now think of that as a rather silly goal.  This is especially the case now that I’ve learned that after years of isolated study on a particular topic what you really become an expert on is the realisation that you’ll never actually know everything there is about that topic.  Or, in more colloquial terms: the more you learn, the less you know.

There’s a useful ‘illustrated guide’ for what I mean here, that I’ll happily steal from Matt Might:

When we imagine all of human knowledge as a circle, by the time we finish our Bachelor’s Degree, we’ve accumulated a rather slight ‘specialty.’  That looks like this: 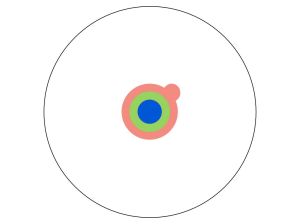 With a Master’s Degree, that specialty grows a bit:

By the time we’ve reached the PhD, that specialty begins to push against the boundaries of known human knowledge.  This creates a darling little bump:

So now, given that the circle on which our little bump has protruded represents all human knowledge, it’s important to acknowledge where our expertise exists within this context: 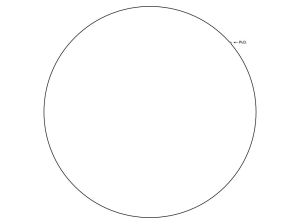 While Matt Might’s illustration here is rather useful (it’s also available for purchase, for those interested), it also quite poignantly illustrates the oddities of the ‘expert.’

Moreover, it serves to remind us, just like my story of the two ‘experts’ staring at Monet’s canvas, that as we’re all experts, then perhaps none of us are.  As we come to realise that the more and more we know something, the less we actually know in general, and therefore further accept that the expertise we’ve accumulated isn’t a substitute for the world’s knowledge, then we’re all rather ignorant.  Does this mean we’re in denial, or that our attempts at proving our expertise to people who seem to have similar expertise is a means of pacification?  Are we trying to claim ownership?

Or maybe not.  After all, clearly i’m not ignorant about Atheist discourse.  Just look at what I said above.